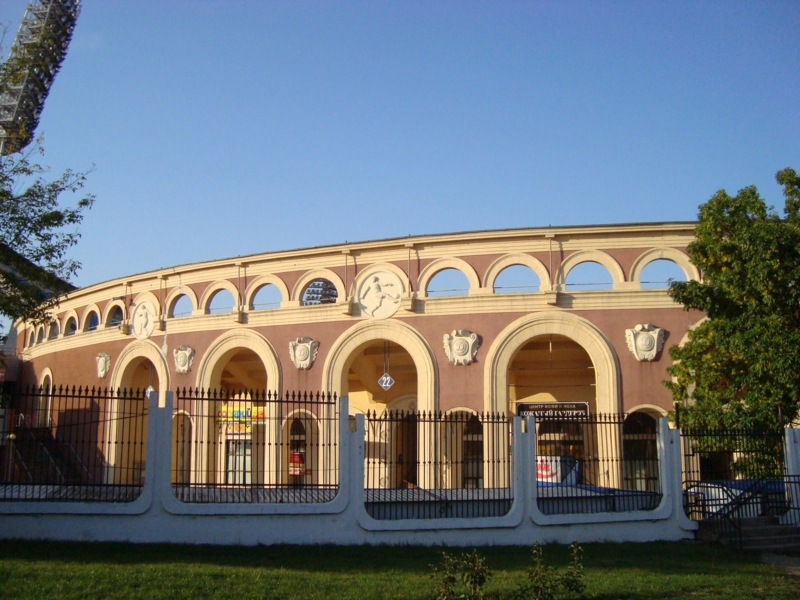 Dinamo Stadium (Belarusian: Стадыён Дынама) is a multi-purpose stadium in Minsk, Belarus. The object was constructed and opened in 1934 and then expanded in 1939. It It is currently undergoing a massive renovation project. Earlier it was used mostly for football matches and was the home ground of Dinamo Minsk, FC Minsk and the Belarus national football team.

n 1978-1980, in preparation for the matches of the football tournament of the 1980 Summer Olympics, the stadium underwent considerable reconstruction. The territory of the stadium was expanded and fenced with a new fence with the symbols of the Olympics-80. A modern central tribune was built, instead of the old one. There are new large lighting masts with powerful searchlights, a new football scoreboard, as well as a torch for the Olympic flame.In the 2008 – 2013 seasons the BATE Borisov Club used the Dynamo Stadium as a home arena during the games of the Champions League group stage.

The stadium officially seated 40,000, but because part of the upper stand had been abandoned in the mid-1990s for safety reasons, the capacity before renovations was only 34,000. The 2019 Europa League Final is planned to be held there